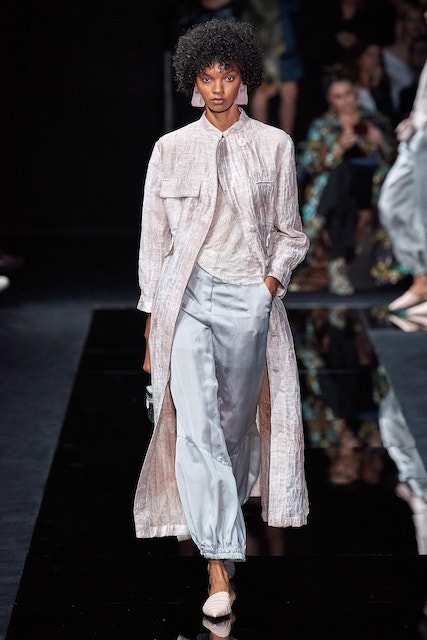 Today, Giorgio Armani was on the stump, presenting this season’s campaign for the hearts and minds of the Emporio Armani customer. As per seasons past, his manifesto was printed and left on your seat. It revealed that the collection was entitled Air, and it was airily vague—“the syntax of a floaty, immaterial style”—but nonetheless disclosed some vital house policies. To paraphrase James Carville, it’s the greige, stupid.

Said greige was there from the start, milky and dapper and technically treated in a pair of loose pants worn beneath a softly croc-patterned pink overcoat. This opening pink (and greige) section—which later segued into a softly pistachio (and greige) counterpoint—was notable for its crushed-silk soft-collared, long-skirted jackets and its faux lizard and croc outerwear. There was some staple Armani headline headwear, this season in the form of two-tone ombré straw hats.

The models were walking under a projection of a lightly clouded sky, which later switched to a star-filled moonscape. The daywear kept coming in the softly washed-out tones that the manifesto had promised—plus the odd flash of house blue—and while this is by no means a vote against, it would have been pleasing to see some of the striking silhouettes here in punchier colors. No matter: The audience seemed especially struck by the several topless male models who garlanded this collection via wide trousers and defined torsos.

The moon rose to signal the start of a section of striking silvery eveningwear. Its paillettes and crystals reflected beams of the spotlight that made firefly flutters against the wall of the teatro as they passed. Andreotti, Prodi, Berlusconi, Renzi? Pah! Out he came and took his latest bow. 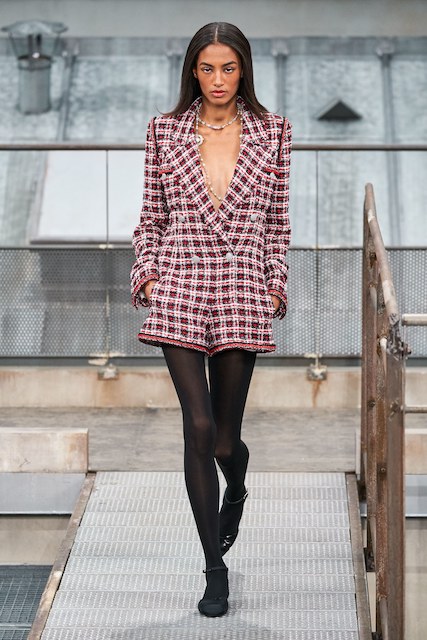 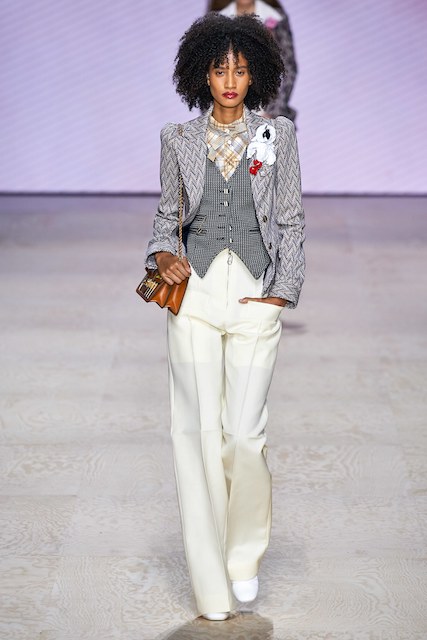 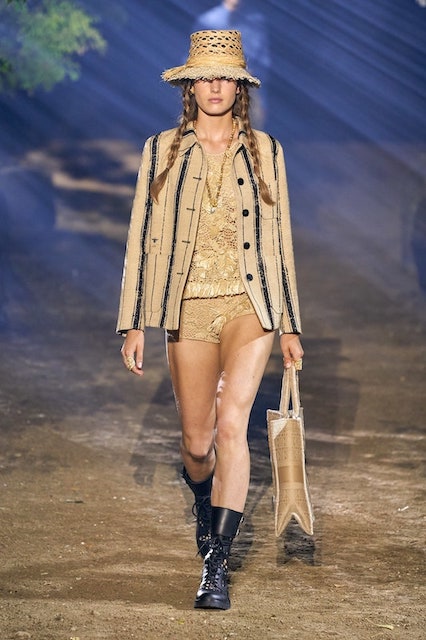 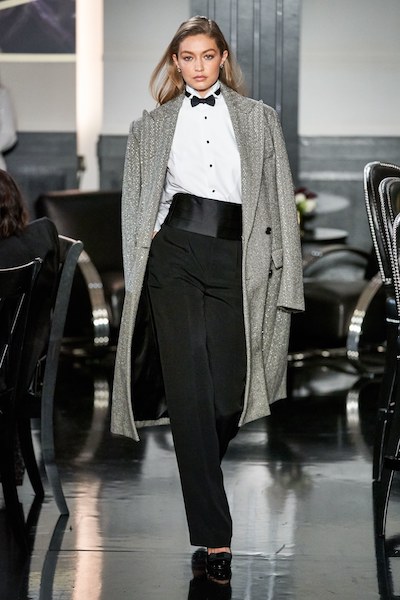 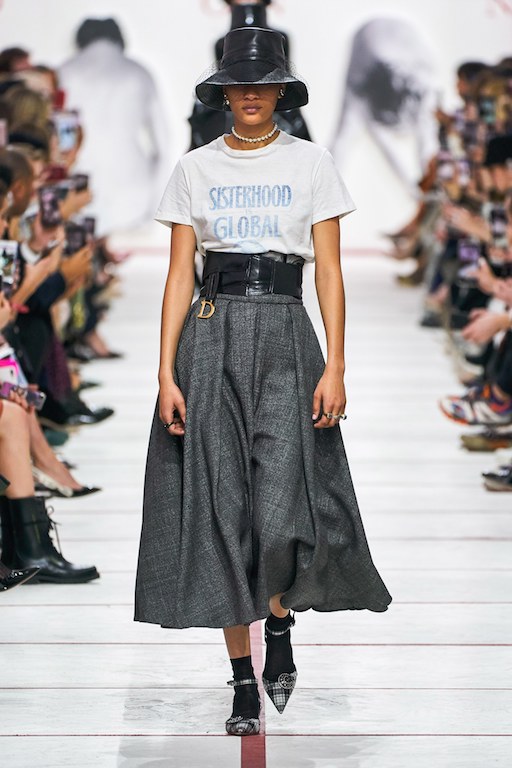 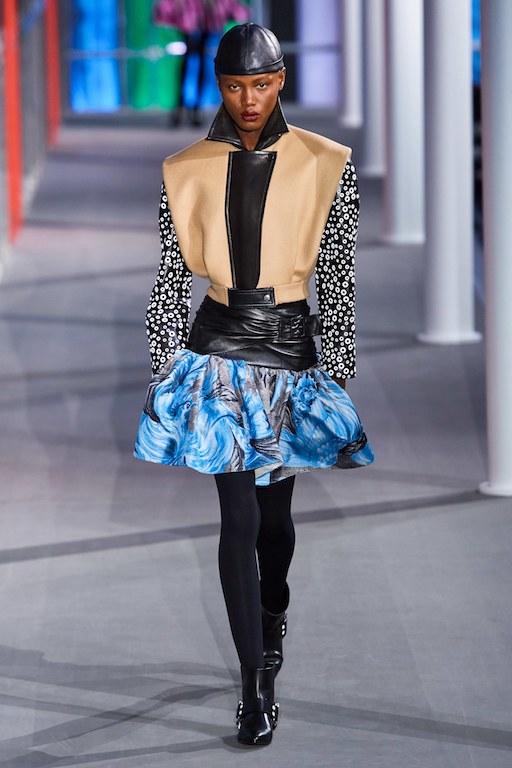 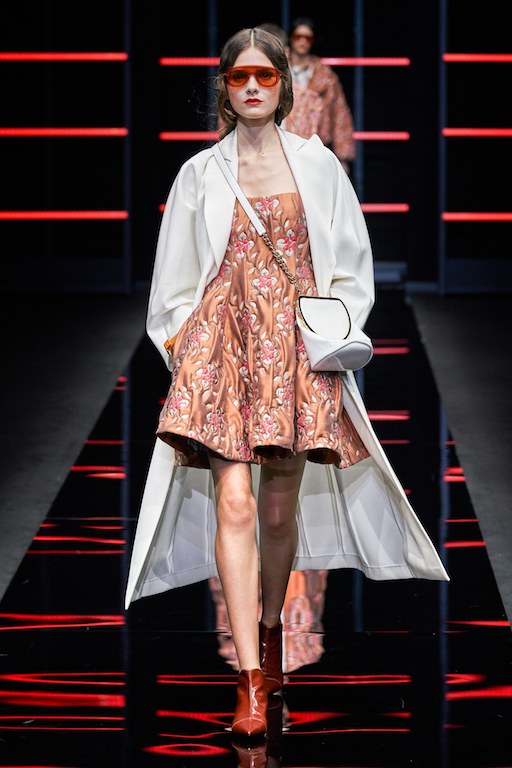 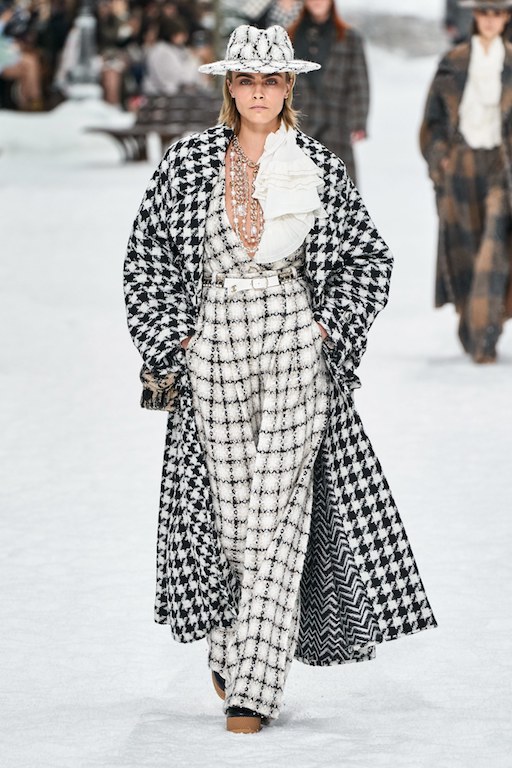 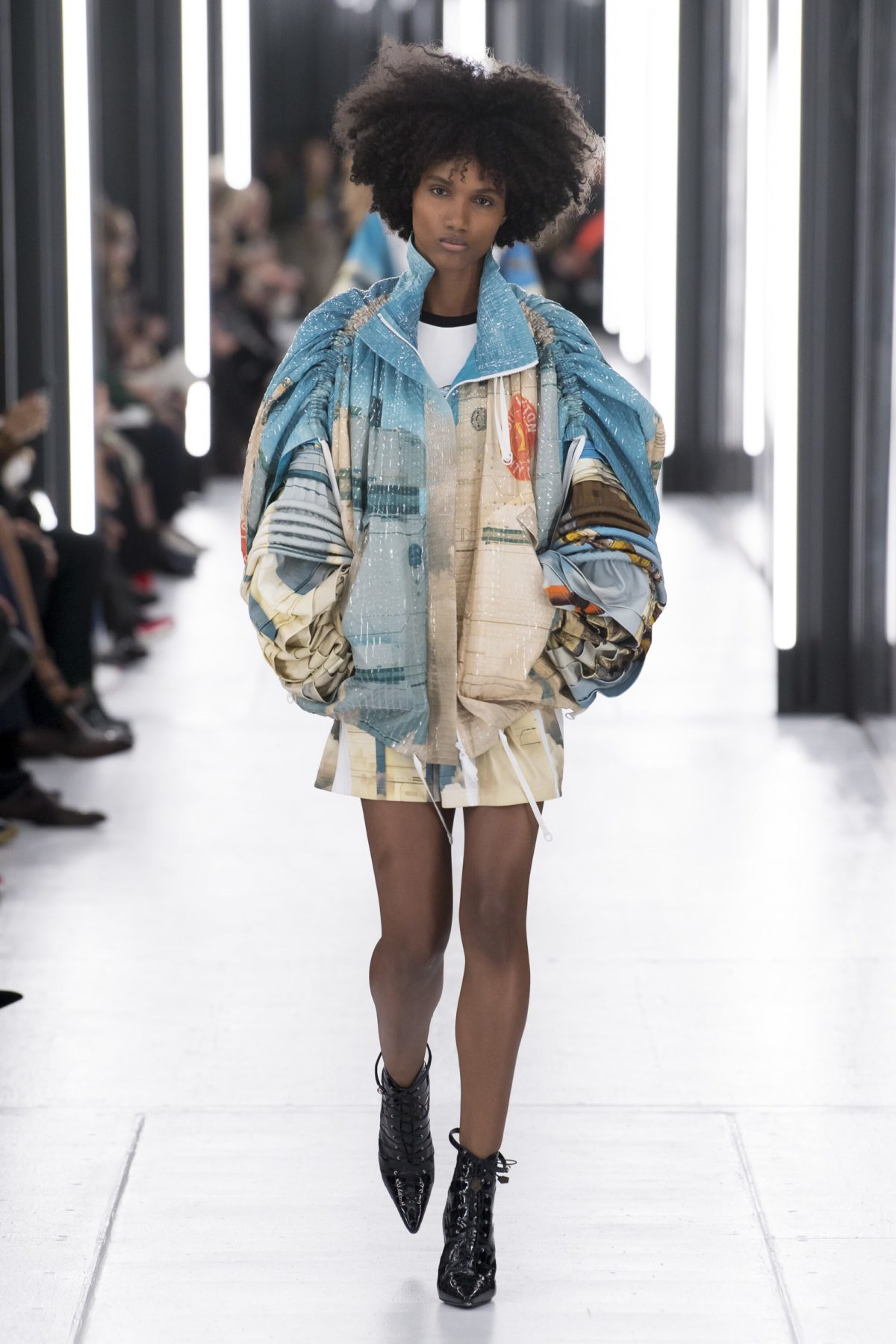